Louise Aubrie – Where Are You – Music Video 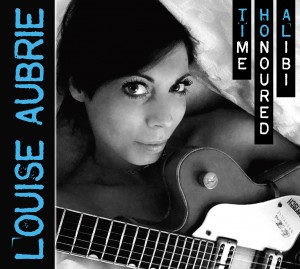 Originally from London and now residing in New York City, Louise Aubrie has released her new music video for her debut single “Where Are You” off her new album Time Honoured Alibi.

Check out the music video for her new single here:

Louise’s first album, “Fingers Crossed…” received critical acclaim and now the indie artist is gearing up for a new phase in her career with the release of her new album. Louise has brought her pop-punk-rock sound from across the pond to delight fans that have eagerly been anticipating the follow-up to her debut album.

The album, her first collab with Boz Boorer, features the debut single “Where Are You.” A mixture of rock and pop melodies, the song is a catchy addition to her discography. Upon finally listening to her new single, I was reminded a bit of the 90s music I still know and love today. I could picture it being played as the theme song to an end scene of a movie, similar to the awesome playlist in movies like 10 Things I Hate About You. In fact, while listening I heard similarities to great bands like Jimmy Eat World. I don’t know if this is just because I love their music and their catchy melodies and lyrics but the similarities are still there. At least for me. “Where Are You” is already stuck in my head.

While the vocals on this particular song aren’t big and powerful and lack a bit in passion, just a bit, the instrumentals and music more than make up for it. As does the rest of the album, which I might add, is available for fans to listen to on her website. I really enjoyed this one and Louise has a lot to be excited for. She’ll be celebrating in New York City at her album release party which is taking place at The Bitter End on May 1st.