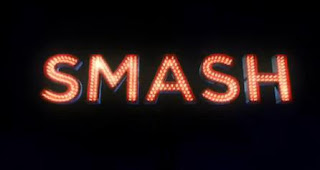 The team is looking for the perfect Joe Dimaggio for the show. They think they’ve found it in Michael, a performer who has worked with them in the past. Derek goes to see him perform a weird Bruno Mars theater show. I can’t tell if this is for real or not and I’m more perplexed that no one is laughing. Michael has a history with Julia and it turns out he and her had an affair a few years back and she would rather he not be in the show at all. He sounds sooo much better when he’s singing about Marilyn than Bruno Mars.

Karen is disappointed that she’ll only be in the ensemble because of the time required and the lack of money she’ll be receiving. She’s hesitant about letting her boyfriend support her financially. Sounds like a dream come true if you ask me. Karen goes to Iowa for a friend’s baby shower and participates in some southern karaoke. I’m really starting to lose interest in her character entirely.

Ivy is still sleeping with the director and Tom is pissed when he finds out. He loves an opportunity to hate on Derek. Tom and Julia fight over it and Ellis butts in. He’s been wanting money for the Marilyn idea and steals Julia’s notebook. He then grows some balls and throws a little attitude back at her for how she treats him. This won’t end well.