Who Died on Pretty Little Liars: This is a Dark Ride? Recap and Spoilers 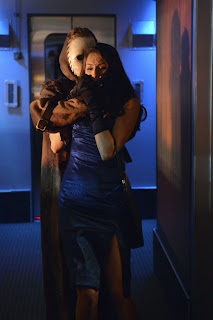 Tonight’s special Halloween episode of Pretty Little Liars: This is a Dark Ride was a doozy. Remember when last year’s episode was more of a fun one? Not so much here. It was action packed, full of suspense, lots of reveals, and some tricks and treats. And we have the answer to the biggest question of the night..who didn’t make it to the end of the episode?

Recap
Let’s do a quick sum up of the first half hour that was a mix of nothing and Adam Lambert singing. It’s Halloween and the town is getting ready for a night of tricks and treats with the Rosewood Ghost Train. I’ve never heard of a party on a train but it looks really cool. Adam Lambert is the special guest for the night.

Ezra can’t make it to the party (uhuh I bet you can’t). But Caleb is alive and that’s the important thing here. Hanna is Marilyn Monroe, Emily is Barbarella, Aria is Daisy from The Great Gatsby and Spencer is Lauren Bacall. So basically, the majority of this show’s viewers just think the four girls are wearing pretty dresses.

Now on to the juice.

There’s a creepy little girl ghost haunting Hanna’s mom. I have no idea why but it’s obviously meant to imply that Alison is related to her and was an awful sister. Someone pointed out that it’s the same little girl from the first Halloween episode. I have no idea if this is true but if I find out it is I’ll update to point it out.

Garrett is on the train. And he’s talking. He wants to tell Spencer everything he knows so he can get the hell out of town. I don’t blame him. While all this is going on, someone spikes Aria’s drink and like, shoves her into a box somewhere.

Garrett tells Spencer the story of what happened the night Ali was killed. Starting from where the video in Ali’s room left off. He and Jenna go into the backyard and find Ali there. Jenna gets into a blind shove match with Alison and Garrett picks up the field hockey stick to make them stop. Then he whacks the tree a couple times and Ali falls to the ground. She puts her finger to her lips to silently tell Garrett to allow Jenna to believe he killed her. What?? Why would she do that??

It gets better. Much better. Garrett goes back and sees Ali talking to someone behind a tree. Who is it revealed to be? BYRON. Fricken Byron. Aria’s dad. I’m laughing so hard I don’t even know what to think of this. Were they ~together? Did he kill her? Did Ali even die that night? It’s all so juicy.

But after this giant reveal, it’s obvious Garrett is doomed. Aria gets the duct tape off her mouth and that apparently allows her eyes to work and realize that Garrett’s dead body is in the box with her. I just. The timeline is all messed up. How did Garrett get killed, turn cold, and shoved into the box with Aria in the time since he spoke with Spencer? Especially because Aria was stuffed in there during that whole conversation. And how did she not realize a body was in there with her? Fail.

Anyway. Aria is still in the box and now someone is trying to shove the box off the train and onto the tracks. I’m not sure what they think this is going to accomplish other than a headache and some bruises. Either way it’s a girl and a guy. Since Mona escaped for the night because Radley has the worst security ever, I’m betting that one of the voices is her. As for the other? I’m gonna say Lucas. Because Lucas is a weakling and the guy voice couldn’t move the box.

Everyone is put into a section of the train to be questioned by police (and Ezra conveniently shows up) and then Noel and Toby get into the funniest fist fight I’ve ever seen in my life. It was more like a shove fight in which Toby yells dramatic phrases. He shoves Noel into the pit of ice and drinks and out spills Ali’s body and the body bag. That is seriously unsanitary.

And just when you think the episode couldn’t get weirder, a hand rises from the ground in Ali’s backyard.

So there you have it. Garrett is dead. Ezra and Byron are suspicious. Ali is chillin’ with the Pepsi. And members of the NAT club are being hunted. For the love of underwear models will someone please save Jason?

Post your thoughts below! What did you think of the episode?

Pretty Little Liars: Major Spoilers for This is a Dark Ride 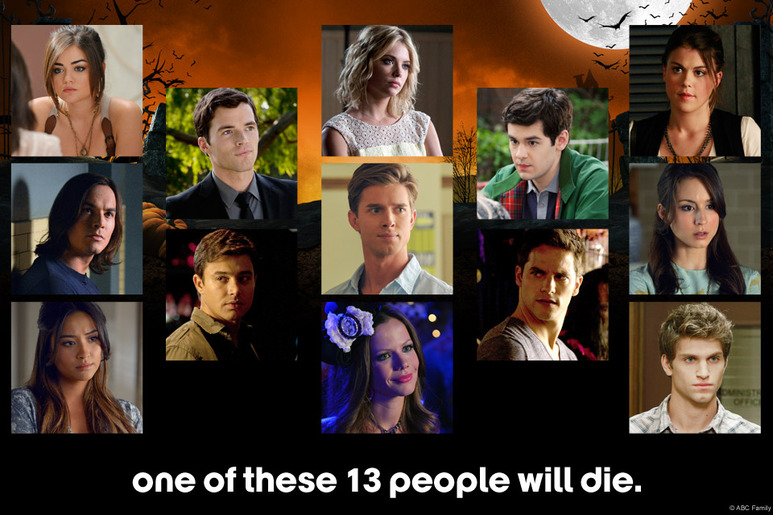 Uhoh. It looks like the grim reaper, yet again, is making his way to Rosewood. Major Spoiler alert here but it’s been confirmed that another character will die in the upcoming Halloween special “This is a Dark Ride.” ABC Family released a photo of 13 cast members, one of which will be killed off. It’s up to you guys to guess.

Check out the possibilities here:

We have some HUGE news for you today, Liars. With the ALL NEW Halloween special less than two weeks away, it’s the perfect time to share the most spine-chilling detail of all. Someone DIES during the episode — and that person is pictured in the photo above!! And that’s not all. Get ready for a startling revelation. Someone you know very well may have had a secret past with Ali!

Please don’t touch Jason. Or Caleb. I mean, dude was already shot. And killing Ezra already would prob result in torches and pitchforks at the studio with an angry mob.

I think we can easily knock off the majority of these as possibilities and bring it down to Lucas, Garrett, Paige, or Noel. I am fine with any of them going. Lucas hasn’t had anything to do in quite some time and he’s just gotten annoying. Paige, well, I can’t seem them killing off another girlfriend of Emily’s. Noel is pretty but he’s not very redeemable anymore. It’s either him or Jenna. They each know too much but I don’t think they’ll get rid of Jenna yet. Garrett, well, good riddance you sad excuse for a cop.

Seriously, the people in Rosewood are dropping like flies. Where are the FEDS?? 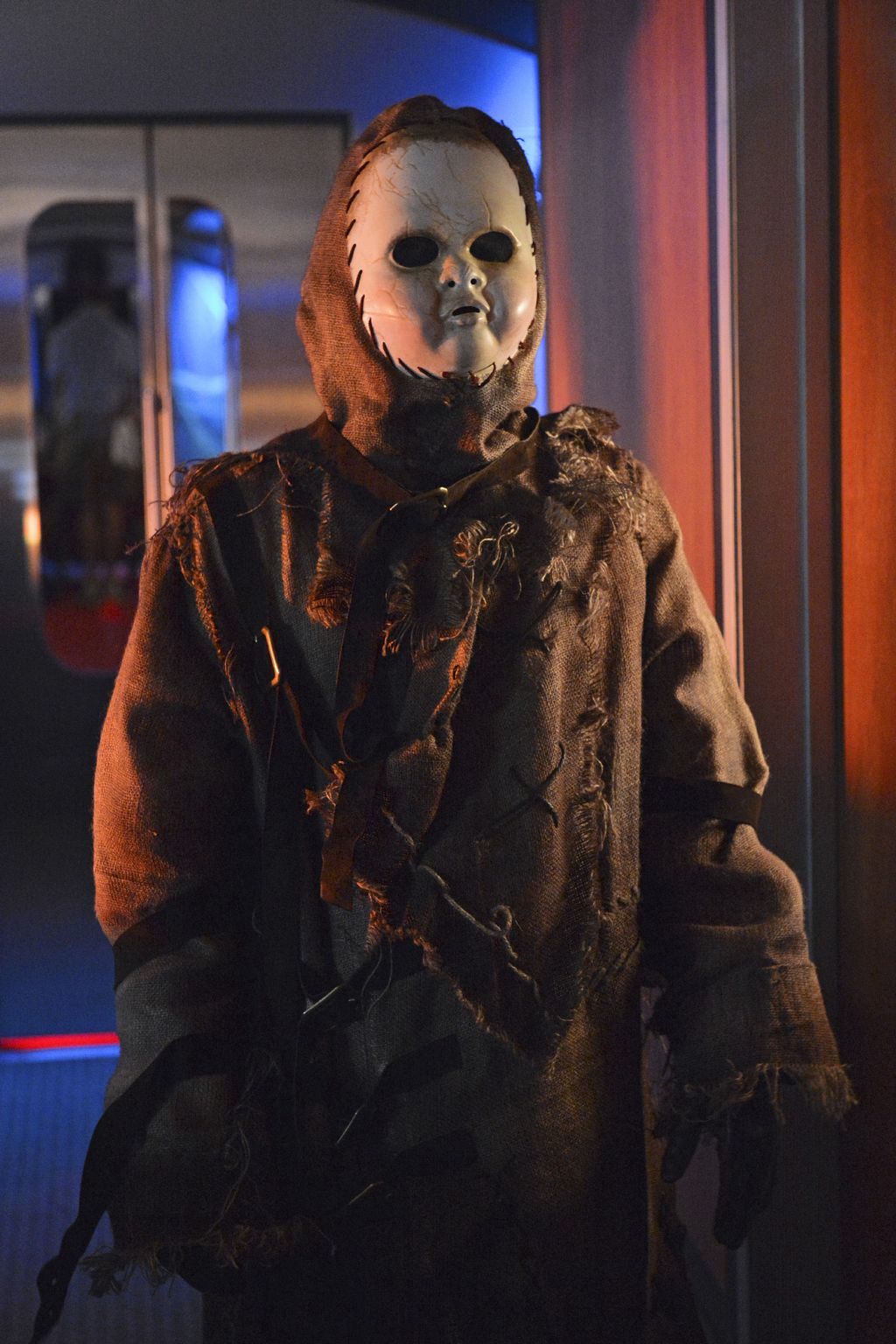 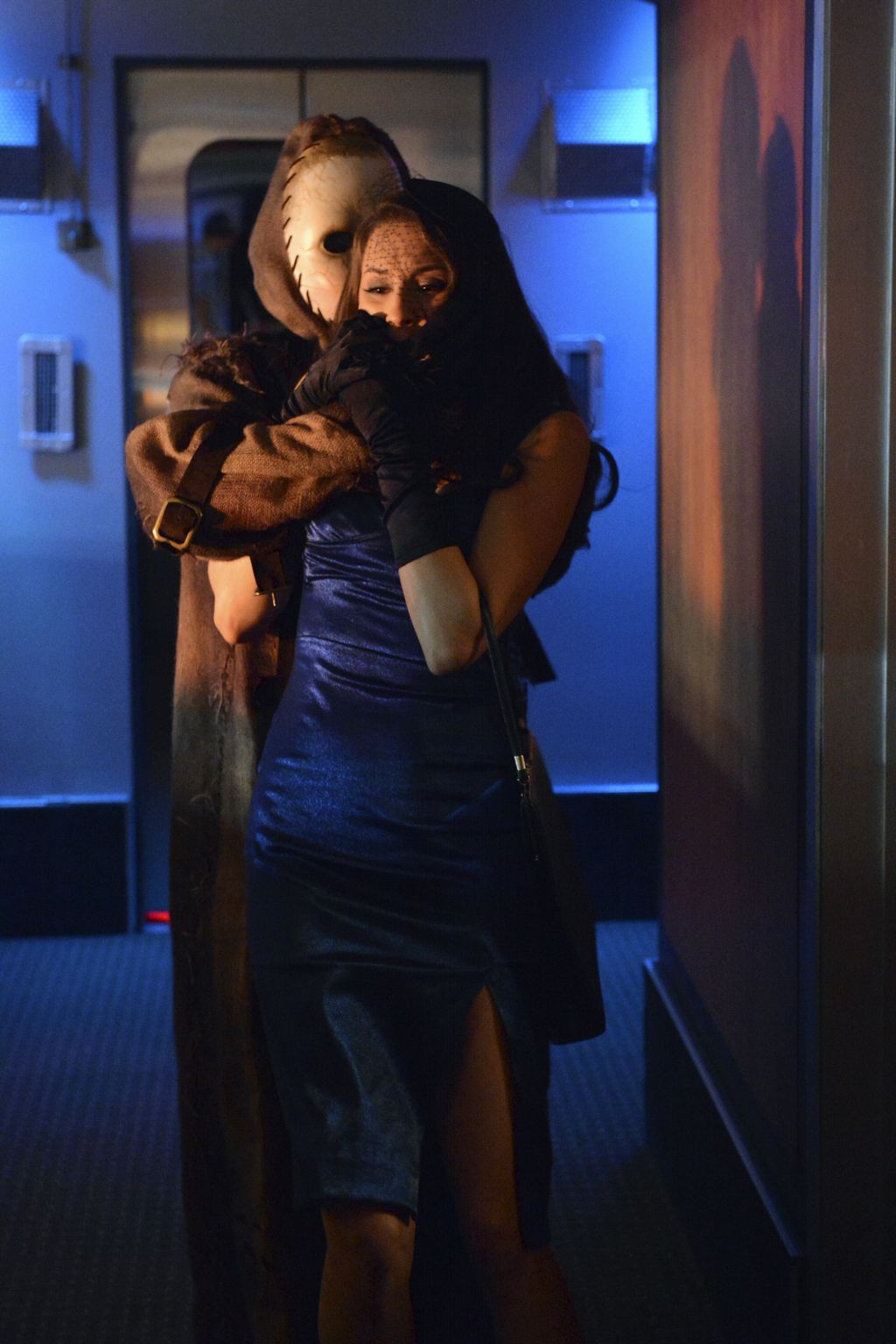 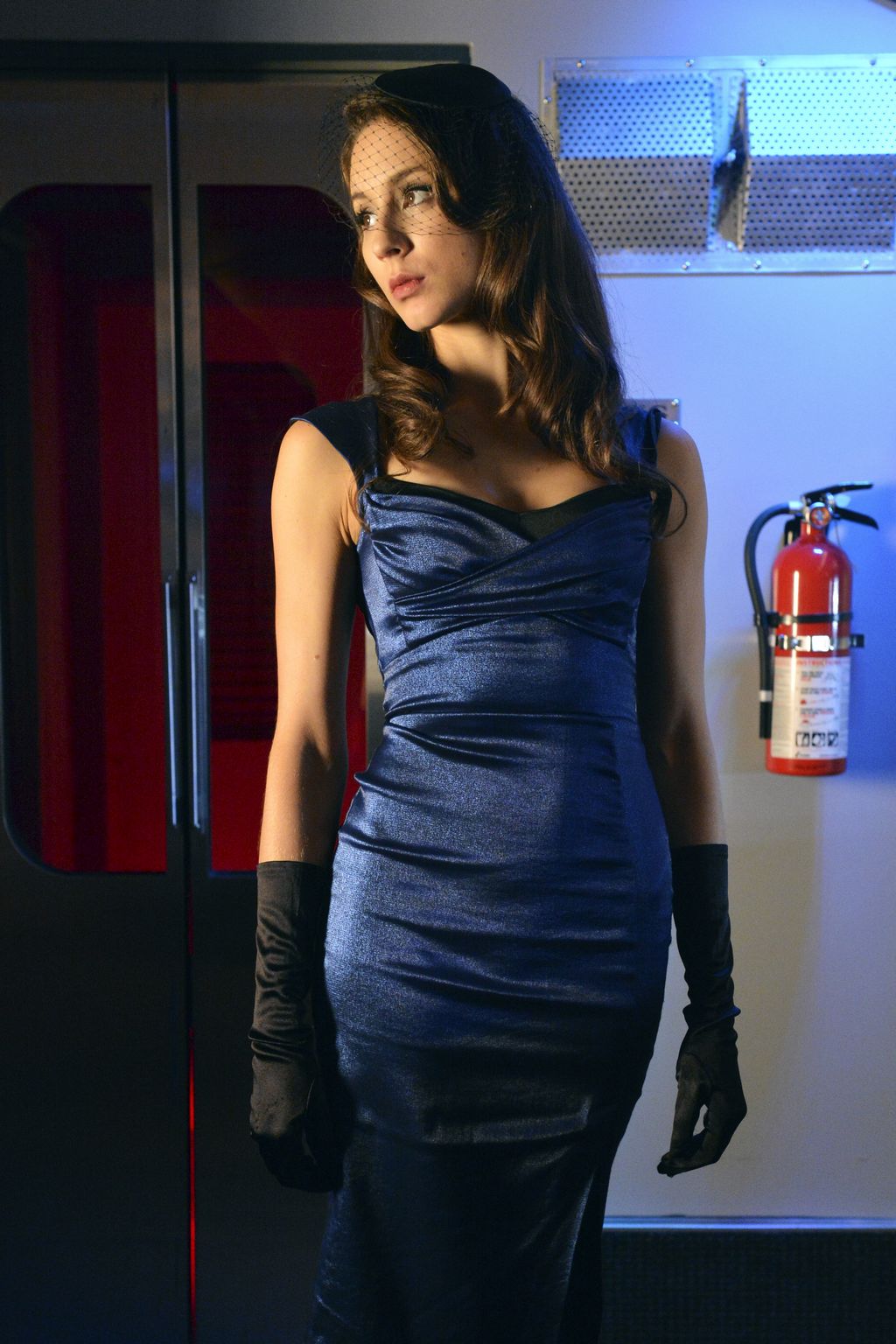 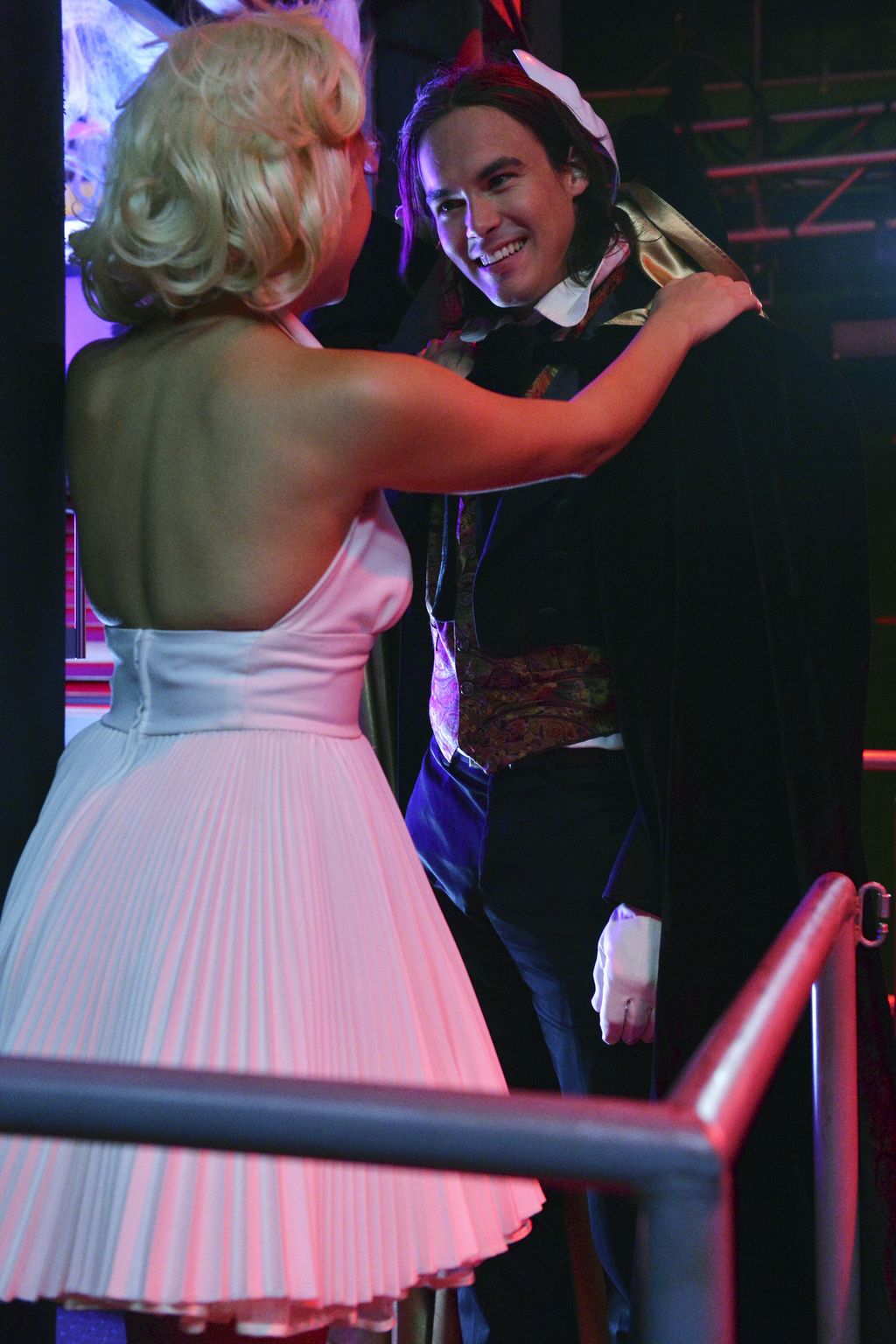 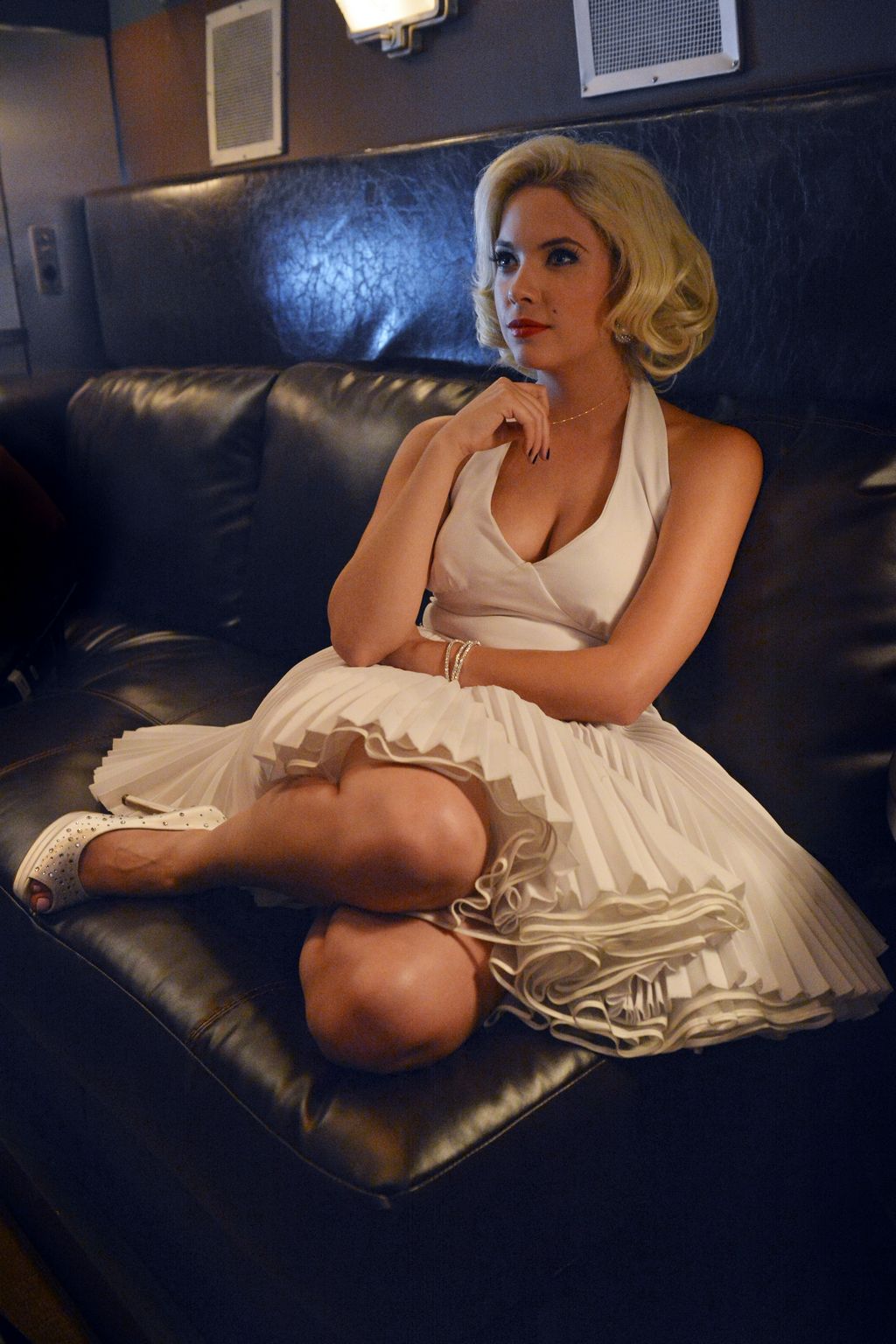 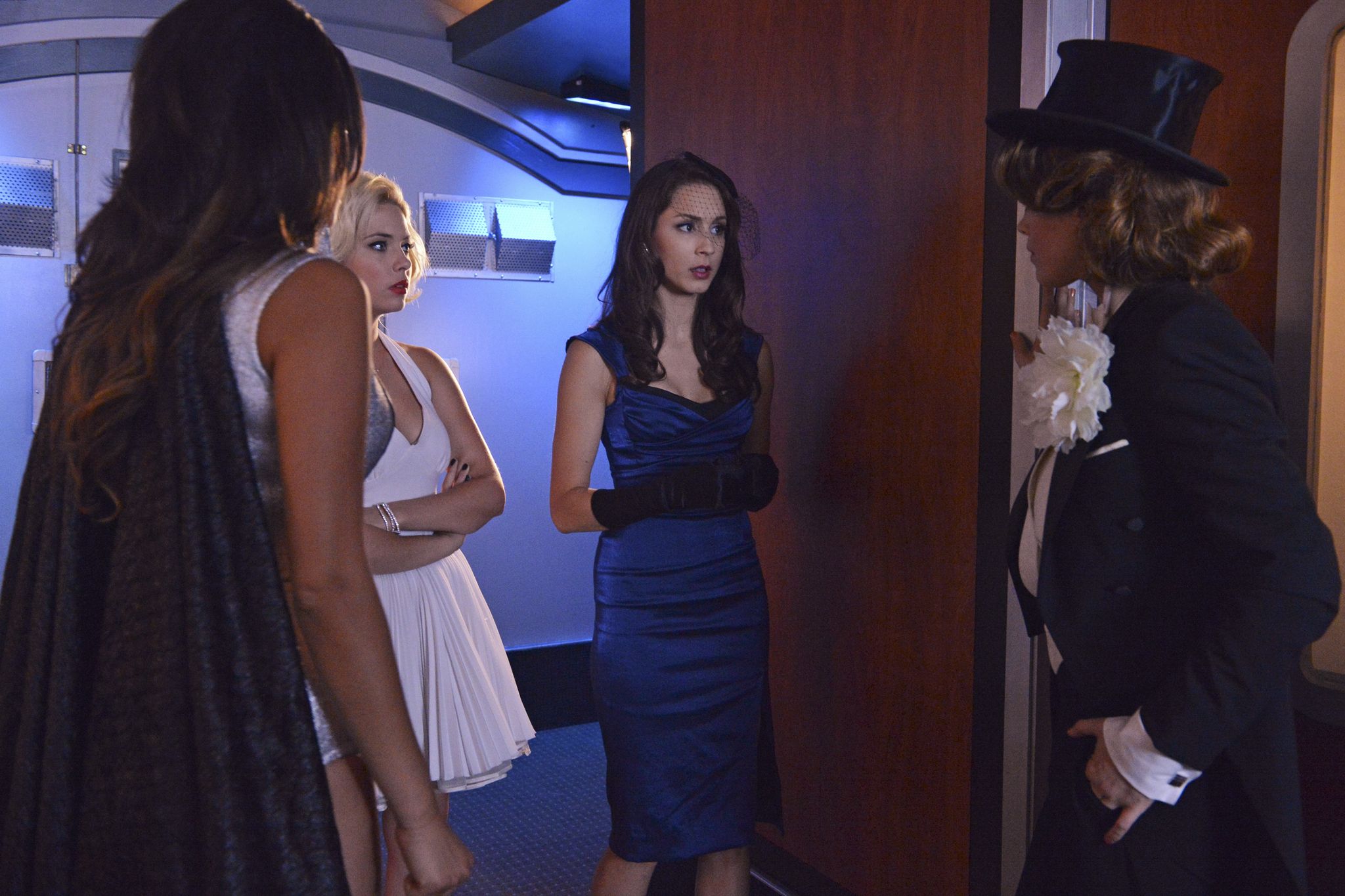