Person of Interest – One Percent – Recap 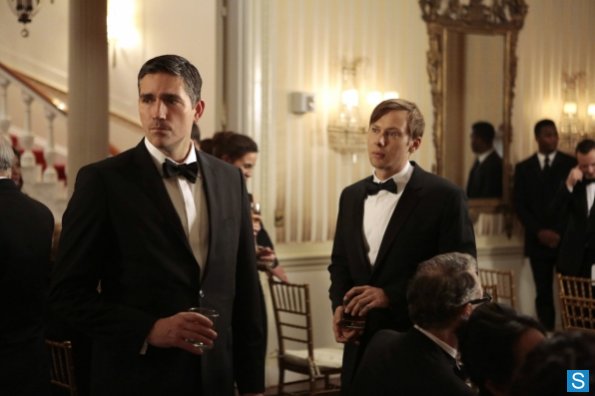 An eccentric billionaire needs John’s protection. Well, at least it’s not Finch! The boys meet their match when they can’t keep up with their latest number. Two billionaire geniuses? I would watch that reality show. And it gets John in a black suit and tie. It’s all very James Bond. Does he need a Bond Girl?

Recap of tonight’s episode of Person of Interest: One Percent.

First off, what the heck is going on with Bear? I know we’re supposed to care if this billionaire lives or not but I’m more concerned that Finch is just gonna let the dog die on his floor instead of taking him to the vet. I know vets rip you off but make the trip! You may not take the dog away from us!..but it’s all good. He was just lonely for a doggie companion. PHEW.

…unless you’re a hot guy in a suit. This whole thing between Carter and Fusco is really bugging me. Lionel is obviously harboring some secrets from Carter and even tries to attempt to come clean, only to have her shut him down with a warning that she will never be able to help him out or protect him. Immediately, I saw this spark a bit of an outrage amongst the fans who think it’s hypocritical of her character to bend the rules for John and not Lionel. Will he be spending the season finale in the slammer?

I can only assume this week’s number is the Mark Zuckerbeg of the POI universe. He created one of the biggest social networking sites around and all his friends are trying to kill him for the money they might lose out on if he leaves. This guy is awesome and John saves his life by shoving a faucet hose down his throat. Was anyone else experiencing..feelings..during that scene? Just me?

I hope we see this guy again. He’s very curious and knows too much about Finch and John for their liking. When he gives John a watch with a gps in it, my hope is a little bit restored.

We get a flashback to 2001 when 911 happened and Nathan was inspired to change the world. He originally tried to play John’s part. Which I find interesting considering that time that Finch was high on E and called John “Nathan” by mistake. I will also say that this entire flashback sequence has a weird foreshadowing going on and it’s making me uncomfortable.

What do you guys think? Is Finch hiding something? And what did you think about Pierce? Do you want to see him again?