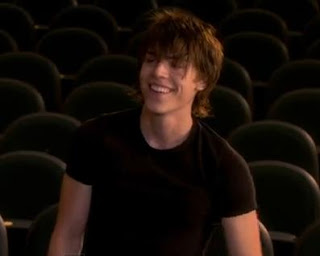 Say hello to your new Glee heartthrob. Nolan Gerard Funk will be joining the show in the seventh episode of this season as the new leader of the Warblers. Grant Gustin is also said to be in the episode as well. Passing the torch?

You may recognize Nolan from his lead role in the Nickelodeon musical Spectacular!. If you want to get to know the latest addition to Glee, check out these videos we’ve compiled of the singer. He opened for David Archuleta back in 2009 and won the crowd over immediately. He can definitely perform well. He’ll make a great addition to the show.

Bonus: Jenna from Pretty Little Liars before she was creepy and evil.

His performances at the Hard Rock Cafe: Take a shot every time he points to the sky.