END_OF_DOCUMENT_TOKEN_TO_BE_REPLACED

Jonathan Groff Is Back Filming For Glee: Season 3

Who is excited to see the return of Jesse St. James on Glee? Rumor has it Jonathan Groff will be making a fabulous return to season 3 of Glee as the new coach of Vocal Adrenaline. This is also rumored to be the way the writers work in a new character played by Alex from The Glee Project. 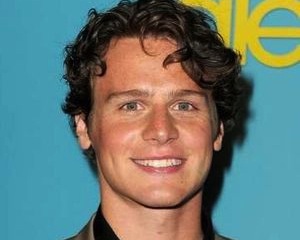 Jonathan Groff has landed a new role on Boss. Groff will be joining the show for the drama’s second season.

Jonathan Groff is about to raise some Kane on the second season of Starz’s Boss. The Glee grad joins the cast of the political drama as Ian Todd, an ambitious new member of crooked Mayor Kane’s office. The character will help fill the void left by Martin Donovan’s Ezra Stone.

This is great news! One of the best things to ever grace the halls of Mckinley will be back! That’s right, Jonathan Groff will be returning to Glee for season 3. He’s not just returning to be flawless this time. There’s a twist! Click below for the scoop on what has the powerhouse returning:

Jonathan Groff is bringing Jesse St. James back to Glee later this season, but there’s a twist — and a juicy one at that: The student has now become the teacher!

At an event celebrating the show’s 300th musical performance on Wednesday, exec producer Ryan Murphy revealed that Groff will appear in multiple episodes as [SPOILER ALERT] the coach of New Directions’ rival choir Vocal Adrenaline. (He was formerly the group’s lead singer.) Murphy added that Glee Project runner-up Alex Newell would ” have many scenes” with Groff.

This is exciting! Multiple episodes. Here’s hoping Groff sticks around this time. He’s one of our favorites!