How do you guys feel about Jane By Design? Is it a new favorite? I remember watching the pilot episode to see if I would enjoy it and only have lukewarm feelings about it. I remember thinking it would make a better TV movie than a series. What do you guys think?

Here are the sneak peek videos at the upcoming new episode of Jane By Design: The Celebrity.

I haven’t latched my trailer hitch onto this show yet. Maybe I’m just bitter about Make It Or Break It getting canceled. Most of my anger about that is directed towards Bunheads however.

Jane gets a taste of the lime-light when a major movie star considers working with Donovan Decker in “The Celebrity,” an all new episode of ABC Family’s original series “Jane By Design” airing Tuesday, June 12th (9:00 – 10:00 PM ET/PT). It’s bad enough that the Donovan Decker team has to win the approval of India to clinch the coveted new Harrod’s fashion line, but now they have to also dazzle movie star Aiden Redmond – the new celebrity face of the retail chain. With his Hollywood looks and charm, it is only a matter of time before the whole team is smitten. Now with access to one of Hollywood’s top leading men, will all the fame and celebrity get the best of Jane? Meanwhile, Billy is still struggling to fit back into daily life of high school and his new reputation.

Glee – 3×17 – Dance With Somebody – Episode Description

Glee is ready for a take 2 on Whitney Houston. The upcoming tribute episode to the late star will have the glee club paying homage to the singer’s hits. Was the Disney episode scrapped for this one instead? I was really looking forward to that rumor. Are you excited about the idea of a Whitney Houston episode? Is it too soon? Here is the episode description for Dance With Somebody.

THE NEW DIRECTIONS HONOR A MUSIC LEGEND ON AN ALL-NEW “GLEE” TUESDAY, APRIL 24, ON FOX

The glee club pays homage to a true icon when they cover Whitney Houston’s greatest hits. Meanwhile, Emma and Will are one step closer to their dream wedding in the all-new “Dance with Somebody” episode of GLEE airing Tuesday, April 24 (8:00-9:00 PM ET/PT) on FOX. (GLE-317) (TV-14 D, L)

The glee club pays homage to a true icon when they cover Whitney Houston’s greatest hits. Meanwhile, Emma and Will are one step closer to their dream wedding.
As the end of the Gleeks’ senior year grows near, Will and his students struggle to come to terms with the imminent disbanding of their Glee Club family. To help the kids deal with their feelings of impending loss, Will assigns New Directions the emotionally charged music of pop icon Whitney Houston. While some use the assignment to help ease the pain of saying goodbye, others use it to revitalize old relationships and cement new ones. Meanwhile, Kurt’s questionable behavior threatens his relationship with Blaine, Will scrambles to meet a self-imposed deadline, and a despondent Quinn’s spirits are lifted by a kindred soul. 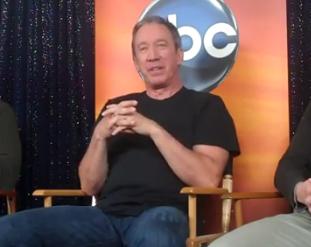 Could there be more Toy Story on the way? When asked about the possibility of a new sequel to the popular franchise, Tim Allen dropped a few hints on the subject. He was vague but hopeful. Disney doesn’t like him talking about things because he’s not Tom Hanks. Hahah. Would you want to see a Toy Story 4?

I can’t see them going through with another huge sequel that would be released in theaters. Toy Story 3 was perfect. I don’t know anyone that didn’t love it. Too many sequels can kill a series. I mean, okay, sure The Santa Clause 3 wasn’t perfect but it was cute. After so many years of watching Tim on Home Improvement with his tool belt, his fast cars, his hammers, drills, and end mills..I will pretty much watch almost any family movie he cranks out. 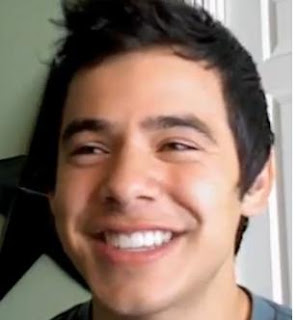 The Children’s Miracle Network Hospitals will be presenting a celebration this weekend in Orlando. The annual event at Walt Disney World will be featuring celebrity appearances by Mereditch Vieira, John Schneider and David Archuleta.

David mentioned going to Orlando in his latest Vlog. Maybe we’ll get some great pictures out of this event.