We recently had the chance to interview Bernard Robichaud. Fans of his will recognize him immediately from his appearances in both the Trailer Park Boys series and movies. Bernard made the switch from successful model to actor and has crafted a loyal fanbase to go along with him. The Canadian mockumentary series Trailer Park Boys first premiered as a movie back in 1999. Its continued success and dedicated viewers have made the show a smash hit — even bringing it back for a continuation of two seasons and three specials on Netflix.

We had the chance to chat with Bernard Robichaud about his time with Trailer Park Boys and what his fans can expect from him next.

Check out our exclusive interview with Bernard Robichaud below:

END_OF_DOCUMENT_TOKEN_TO_BE_REPLACED

The Asterino Sisters are four sisters from Columbus, Ohio. Their names are Sydney, Paris, London, and Brooklyn. While growing up, the girls were drawn to creating stories, poems, and writing plays with their cousins. Their career began when their mother decided to get the girls together for a special memoir music video. The girls traveled to Los Angeles for their first video and the rest is history!

Continue reading for the full interview below.

END_OF_DOCUMENT_TOKEN_TO_BE_REPLACED

Fans of The CW network will be sure to recognize Sabrina Mayfield. A talented and versatile actress, Sabrina recently landed a coveted role on the hit CW series The Vampire Diaries. Premiering in October 2013, Sabrina plays the role of Diane Freeman.

We recently had the opportunity to exclusively talk with Sabrina about her recurring role on the highly anticipated fifth season of The Vampire Diaries and what fans can expect next from her.

Read on for our interview with Sabrina Mayfield.

END_OF_DOCUMENT_TOKEN_TO_BE_REPLACED

Early this morning, the nominations for the 65th Primetime Emmy Awards were announced by Aaron Paul (Breaking Bad) and Neil Patrick Harris (How I Met Your Mother?) who will also host the ceremony this year.

The big leaders of those nominations are American Horror Story with 17 nominations, followed by Game of Thrones 16 noms while Netflix’s House of Cards became the first online series to be nominated. Homeland, Breaking Bad, Downton Abbey, The Big Bang Theory and Modern Family are unsurprisingly still competing in several categories.

Below, the list of the nominees for the main categories for TV & movies:

END_OF_DOCUMENT_TOKEN_TO_BE_REPLACED 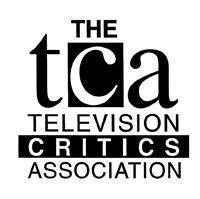 The awards will be handed on August 3rd in Beverly Hills.