END_OF_DOCUMENT_TOKEN_TO_BE_REPLACED

Miley Cyrus has revealed her highly anticipated new single today. “We Can’t Stop” was unveiled today on Ryan Seacrest’s radio show. The song is a mid-tempo song featuring Miley talking more than singing. I’m currently on my second listen and while the song is mildly catching and growing on me, it’s not as big and Summer-Anthemy as I was expecting. I get a vibe that this song would fit better as a second or even third single off her upcoming album.

What do you guys think of the song? Take a listen to “We Can’t Stop” by Miley Cyrus here:
END_OF_DOCUMENT_TOKEN_TO_BE_REPLACED 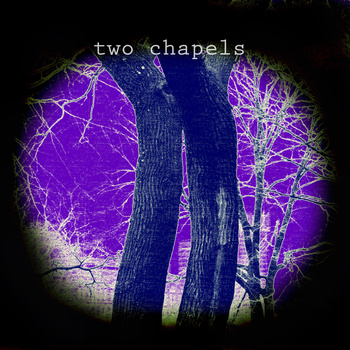 If you’re searching for new electronic/electropop music to discover, you may just find what you’re looking for in Two Chapels. We know they aren’t the typical sound we usually post about but if this is the kind of genre of music you’re into, we think you’ll enjoy this group. Two Chapels consists of NYC based duo Jenn Grossman and Marc Wilhite. Inspired by the sounds of Depeche Mode and The Knife, they strive to blend a dark emotional core with sensual atmospheric nuance. They are currently working on their debut EP which is expected to be released in the Summer of 2013.

Even though we have to wait until this summer for an EP, you can stream some of their music here. There’s definitely much to love about this pair. Their songs like “Forgotten” and “What Are You Still Fighting For” have a great beat, but still manage that raw quality. The vocals have this mystical and haunting feel to it, which draws us in. The only thing we believe Two Chapels is lacking is that catchy factor most electropop music has. Look at artists like Icona Pop. We dare you to not dance to their number “I Love It”. Two Chapels have the potential to be huge. This style of music is very in right now. All Grossman and Wilhite need to find are the right hook and baseline, and they’re set for global success. 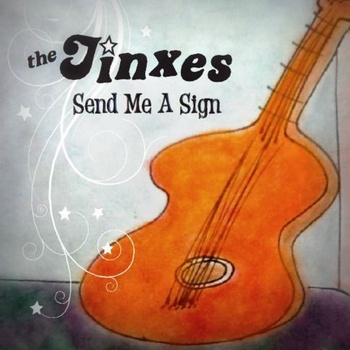 We’ve got a new band for you guys to love. Hailing from Monterey Bay, California, The Jinxes are a refreshing indie folk pop/rock band. The band is made up of real life couple Kevin Smith and Deanna Ross who infuse their music with sincere lyrics and string arrangements. The band is busy promoting their debut EP entitled Send Me a Sign, which features 4 select songs that perfectly give you a glimpse at their music. While they may not be touring just yet, it’s no surprise they’ve attracted attention, airplay, and fans, all around the world.

The Jinxes feature a sound that is crisp, clear, and soothing in its simplicity. This is the kind of sound I can imagine putting on my record player and enjoying all night long. The string section on “If You Want” really adds something special that makes this song a stand out. There’s something about the use of strings that can make any song beautiful and epic. If I had to choose, this one would be my favorite.

The more upbeat “She Runs Away” features more vocals from band member Kevin Smith while simultaneously keeping the violin sound we’ve been loving.

“Send Me a Sign“, sharing the same name of the EP, is the one song that differs in sound from the rest. It’s not a bad song but it does feel, at times, a little out of place. However, with only 4 songs on this EP, this is really not a problem and there’s room for differing sounds for fans to enjoy.

You can stream the EP and decide for yourself at this link here. 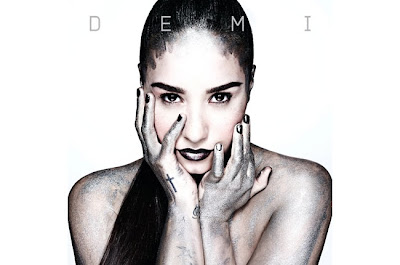 Right from the outset, ‘Heart Attack’ grips you with it’s catchy melody and sing-along quality, paving the way for Demi to showcase her power-house vocal range in full. This is a fitting opener, and the fact that it took over the airwaves long before this album’s release only serves to fuel the momentum.

The next few tracks carry the torch that ‘Heart Attack’ initially lit, carrying that energy with them and building upon the initial foundation of upbeat orchestration, thudding drum patterns, light strings, and subtle piano, once again serving as the backdrop for Demi’s vocals to shine. Much of this catalog would be right at home in any club scene, with an assortment of rhythms that make the listener want to move with the music, regardless of dance ability (or lack thereof).

The album takes a tender turn with ‘Two Pieces’ where Demi sings: “These dark clouds over me, rain down and roll away. We’ll never fall apart, ‘cause we fit together like two pieces of a broken heart”. The lyrical depth, in combination with the piano-driven verses and powerful chorus makes this a stand out track.

This theme continues with ‘Nightingale’ and ‘In Case,’ which highlight the ballad section of this album. There is a minimalistic approach that works well on these tracks and plays to Demi’s strengths. With only piano and light drum and string orchestration, Demi’s vocals really shine here, which to some extent may sound redundant (being that there isn’t a track on this album in which her vocals don’t shine) but is true nonetheless.

Towards the end, as the record begins to wind down, we find ‘Shouldn’t Come Back’ which is the acoustic ballad of this album. Stripped-down with it’s old-time feel, the floating, almost airy acoustics pair well with the light string orchestration, creating an atmosphere unlike anything else on this record, almost as if stepping into a bygone era. This track finds Demi at her most vulnerable, with the soft melodies mirroring the fragile nature evident within. At the same time there is a quiet strength in that vulnerability, in having the confidence to allow for such scrutiny while inhabiting such an open position, and that is where this track truly triumphs.

‘Warrior’ is a fitting end to an album on which Demi proves herself to be her own woman, the final step in her transformation from Disney darling to full-fledged Diva. Demi has found her voice on this record in a way that is entirely new, adding a layer of introspection and depth that easily sets it apart from previous releases. ‘Demi’ is Lovato’s most personal record to-date, it seems only fitting, then, that it should bear her namesake.