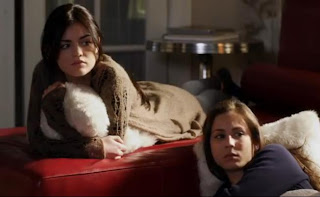 TV Line spoke with Pretty Little Liars executive producer Brian Goldstick who revealed some juicy tidbits of what’s to come on the upcoming season. Among the things he reveals we can look forward to include everyone’s favorite couple Spoby, Ezria, Haleb, and Rosewood’s missing creeper Ian. Brian reveals an enormous event is planned that will change the game this season.

Pretty Little Peril | This season, the girls “gain some real insight into what happened to Allison,” Goldstick offers. “The clues and insights into what the last night on Earth was for her lead to some really interesting — and scary — conclusions. The intrigue gets even deeper in the middle of the season too, and it becomes quite perilous because at least one of them may be dancing with the devil.” As to who that devil is, the EP remains mum, but does tease, “There are new lies and new secrets which are juicy. The girls are misguided, but they’re not trying to be naughty. They now make these risky choices for self-preservation purposes”

Separation Anxiety | The PLLs are in for a rude awakening in tonight’s premiere when they’re not only forced into therapy to deal with their “lies” about Ian’s death, but also dealt a blow that requires they avoid being seen together in public. “They’re apart for at least four episodes,” Goldstick tells TVLine. “It’s truly an obstacle for them. They’ll be secretly meeting in bathrooms at school, in a darkened theater, and also in the woods.” But what happens in episode four that allows for a reunion? “There’s an enormous event that’s a flare that brings them back together,” he teases, “And it even vindicates them a bit. By episode five, they’re back on track and allowed to be seen socializing.” Of course, said “enormous event” is most definitely Ian related. Goldstick reveals that we will see Ryan Merriman pop up on PLL again this season, though he won’t say how.

Star-Crossed Lovers | Aria (Lucy Hale) and Erza (Ian Harding) fans rejoice — kind of. While the pair will still be reeling from the sudden reappearance of his ex-fiancee, Ezra “makes a move away from Rosewood High School and will hopefully allow them to possibly be an openly romantic couple,” says Goldstick. Per usual, “there are obstacles that he and she won’t see,” and also some that they will, as we’ll soon meet Aria’s (potential) new love interest.

Haleb’s Redemption | Yes, Caleb (Tyler Blackburn) was sent by Jenna to spy on Hanna (Ashley Benson), but that doesn’t mean he didn’t fall for her along the way. And once he returns to Rosewood in Tuesday’s premiere, fans of the twosome can look forward to seeing the pair slowly rekindle the flame. “Tyler is back as Caleb for many episodes, and you’re going to love the storyline with him,” Goldstick offers. “It’s really beautiful”

Spencer & Toby Get Serious | “They are strong and getting stronger,” the EP teases. However, “it’s an obstacle with her family because he was tainted as a suspect earlier in the series, too.” Look for lots of development for PLL’s most stable couple in Tuesday night’s premiere, which boasts a romantic declaration between the pair.

Em Gets the Girl | Emily’s (Shay Mitchell) new galpal Samara may not appear in the PLL premiere, but that doesn’t mean things are done for the two. “You’ll see Samara by the second episode and she’ll throw Emily for a loop in episode six,” says Goldstick. “But she’s not necessarily a pretty little liar. We’re not playing her as treacherous.” 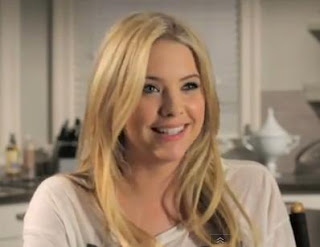 Check out this video from Seventeen of the cast of Pretty Little Liars handing out Superlatives to each other. Categories include Best Abs, Biggest Flirt, Biggest Prankster and Most Clever Stasher of Iphones. 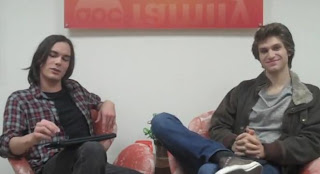 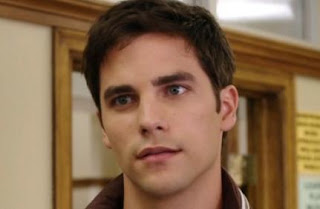 Pretty Little Liars returns June 14th and fans of Noel are in luck. Brant Daugherty caught up with Hollywood Life and shared that the girls haven’t seen the last of Noel Kahn. Check out what he has to say about his return to Rosewood:

When we last saw Noel Kahn (Brant Daugherty) on Pretty Little Liars, he was lurking in the crowd after Ian’s (Ryan Merriman) supposed death, which immediately sparked a debate among obsessive fans — and Brant says we definitely haven’t seen the last of him!

“Noel hasn’t been at school lately, but that doesn’t mean he’s gone,” Brant tells HollywoodLife.com, adding that Noel “will definitely” factor into the mystery of the show’s second season, which premieres June 14 on ABC Family.

And it sounds like we can expect to see Noel walking the halls of Rosewood High School sooner than you might think.
Brant reminds us: “Noel didn’t kill anybody or commit a felony, so even if the principal did think he forged an essay, I don’t think there’s a reason to assume he won’t be back.”

It’s just too bad Ezra (Ian Harding) isn’t working at Rosewood High anymore, as Noel and Mr. Fitz’s stare-downs were always a delight.
“I had so much fun doing those confrontation scenes,” Brant recalls. “I love those power struggles and Ian plays them so well.”

As for whether or not Noel will be stirring up his usual brand of trouble – inadvertently, of course — Brant says we’ll all just have to wait and see.

“Noel is great to have in your corner,” he reminds us. “But where his motives lie right now isn’t known.”

Thanks to Hollywood Life for sharing the interview! 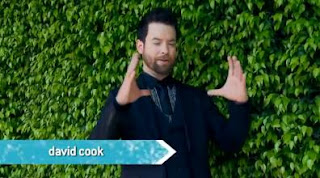