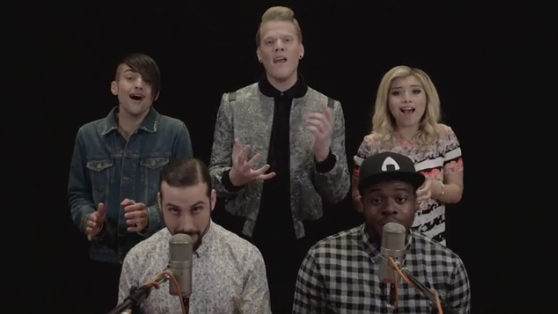 If you’ve been going through Pentatonix withdrawal, fear not. The talented group has made their way back to YouTube with their first video release in months. The group released “The Evolution of Michael Jackson” this morning while announcing they’ve been busy working on their first original album.

Pentatonix just recently released their On My Way Home documentary following their Grammy win and Platinum album for “That’s Christmas To Me”. The documentary is now available on Vimeo.

Mixed with live performances, fans will get a behind the scenes look as the group perfects their tour, starts recording their first original album and shares their experiences of how their wildest dreams are coming true.