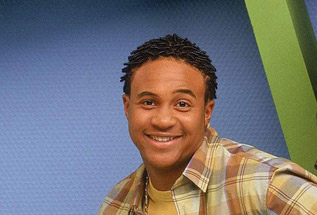 That’s so not ideal. Former Disney Channel and That’s So Raven star Orlando Brown has been sentenced to 6 months in jail following a DUI. That adds up to about 180 days in jail. Luck for him, jails are usually overcrowded so Orlando will probably be out in no time.

It just keeps getting worse … “That’s So Raven” star Orlando Brown is behind bars, 2 weeks into a 180-day sentence … in one of the craziest, most drawn-out DUI cases we’ve ever seen.

Law enforcement sources tell us, Brown was remanded into custody on August 23 following a hearing … where he failed to show proof he completed court-ordered alcohol ed classes for his 2011 DUI arrest.
The only good news for Brown is L.A. County jails are way overcrowded — so, he’s expected to be released after only 27 days … on September 19.