‘Once Upon A Time’ Recasts Robin Hood 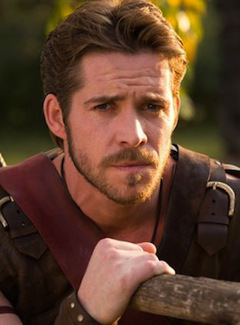 Some Once Upon A Time casting news for you guys. Unfortunately, Tom Ellis is unable to return to his role as Robin Hood on the ABC drama. Because of this, the show has cast British actor Sean Maguire as Robin Hood for a recurring arc on the upcoming season.

“Although we love Tom Ellis, unfortunately he wasn’t available,” series cocreator Adam Horowitz previously told TVLine of the recast plan. “We remain huge fans of his, but because we have an arc planned for the character, we had to move forward.”