Who is Leaving ‘Pretty Little Liars’ For ‘RavensWood’? 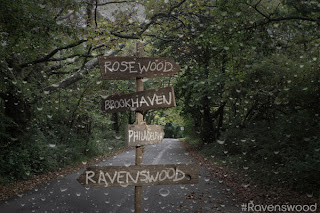 ABC Family announced today on Twitter the character that will be appearing on Ravenswood. Caleb, played by Tyler Blackburn, will be headed to the fictional town when it premieres in the Fall. Details are still being released but Tyler is still scheduled to appear in the upcoming new season of Pretty Little Liars beginning this June. What the future holds for Caleb on Pretty Little Liars or the relationship between him and Hanna following the new season, is unclear. Will he be leaving Rosewood for Ravenswood permanently?

The Pretty Little Liars spin-off Ravenswood is set to premiere this October on ABC Family.