Wizarding World of Harry Potter is Coming to Hollywood 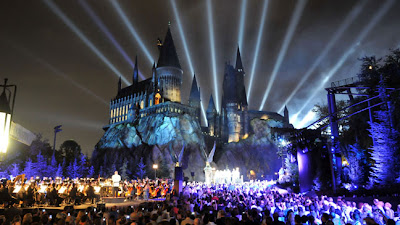 Huge news Harry Potter fans! The Wizarding World of Harry Potter is headed to Hollywood! NBC Universal has finally confirmed and announced that construction on a second magical theme park will begin. The final product will be built in Universal Studios, Hollywood. The first Wizarding World is, of course, located in Florida at Universal Studios, Orlando. Construction is expected to begin this Summer. A confirmation announcement is also expected about the worst kept secret in Orlando: The expansion of the existing Wizarding World park. Mugglenet has all the details for you guys.

Does this excite you guys? Will you be visiting the park in Hollywood? Have you been to the one in Florida? What would you love to see included in the construction and expansion of The Wizarding World of Harry Potter?