ABC Planning ‘Once Upon A Time’ Spin-Off 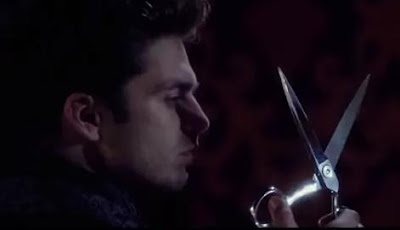 My reaction to the news that ABC was planning a spin-off of their hit drama Once Upon A Time was pretty erratic. At first, I was thrilled at the idea of a spin-off surrounding the Mad Hatter’s character. I mean, Sebastian Stan was easily one of the most welcomed new characters last season and he was incredible as it. He’s been missing for much of the current season so any chance to see him more is welcome to me. But then. I kept reading.

According to The Wrap Sebastian wouldn’t even be in the series :(:

BC is doubling down on its fairytale-themed “Once Upon a Time,” planning a spinoff of the Mad Hatter character, an individual familiar with the situation told TheWrap on Friday.

The network is looking to recast the character, which was played by “Gossip Girl” alum Sebastian Stan for half a dozen episodes last year. (Stan is currently preparing to star in “Captain America: The Winter Soldier” for a 2014 release.)

The spinoff is currently in the very early planning stages, the individual told TheWrap.
Interestingly, the spinoff could end up competing with NBC’s “Wonderland,”  That project, which is being executive produced by “CSI” creator Anthony Ziuker, reimagines Alice as a woman who develops into the malevolent Queen.

What do you think of this news? Would you still watch if Sebastian Stan isn’t in the series?