The third season of Pretty Little Liars will soon be coming to a close. The remaining episodes are said to be explosive. It’s no surprise that such an intriguing show would be so powerful. On this week’s cover of Entertainment Weekly, they discuss on the hit mystery drama is changing T.V.

Television isn’t just about ratings anymore. Now networks are fighting to earn the “most social” title for their hit shows, and one of the savviest series in the social media universe is the over-the-top teen mystery Pretty Little Liars. The ABC Family phenomenon and its digitally-inclined stars — Lucy Hale, 24; Ashley Benson, 24; Shay Mitchell, 26; and Troian Bellisario, 28 — are changing how networks measure success, one photobomb, tweet, status update, and Keek video at a time.
Some of the of their posts may be related to the ABC Family drama, where the girls play an atypically glamorous high school foursome tormented by anonymous and cunning cyberbullies out to punish the friends of a dead queen bee. But the cast’s real gift is for unleashing more personal-flavored details — a video of Benson slinking around to Justin Bieber’s “Boyfriend” with person-of-interest James Franco; photos of Hale in the studio recording her country album — that serve as a dose of gossip-crack for viewers and fans, which keeps them clicking and tuning in. Pretty Little Liars draws 3.8 million viewers each week, while also maintaining a colossal digital footprint of more than 10 million likes on Facebook, a Twitter handle (@ABCFpll) with a million-plus followers, and four stars who collectively reach more than 5.5 million with a tweet or retweet. (Hale alone boasts 2.2 million Twitter followers.)

Just in time for Social Media Week — going on right now in NYC — EW explores how Pretty Little Liars cracked the social-media code, and how other series hope to learn from their success. Plus we get the cast and exec producer I. Marlene King to preview the remaining episodes – Emily becomes a detective! Spencer goes crazy! “Red Coat” will be revealed! — as PLL heads to its third season finale on March 19.

For more on Pretty Little Liars and the social-media phenomenon around it, pick up the new issue of Entertainment Weekly, on stands February 22.

I am excited and concerned about the upcoming episodes of the show. I’ve heard rumblings that someone may die and, let’s face it, this is Pretty Little Liars we’re talking about. The town of Rosewood seems to kill off people more than LOST did. Aria and Ezra have had a pretty easy season so far. Sometimes I’m suspicious of them. Instead of becoming one of the next great American Writers and Artists, maybe they’re the Bonnie and Clyde of Rosewood.

Wouldn’t that be an amazing twist? While Pretty Little Liars has had its fair share of shockers (hello Toby being part of the A Team), the show has also had a lot of moments that all of us could have predicted from a mile away. Yes, we’re talking about the Mona is A season two finale. This would be a jaw dropping moment for sure. Are we the only ones who feel that all the excitement with Ezra’s character ended when he stopped being Aria’s English teacher? Maybe because we love Ezria, this Maggie and Malcolm storyline is a bit of a bore. Here’s to hoping the powers that be over at Pretty Little Liars take notice of this and liven up Fitz’s character the best way they know how…with a black hoodie. 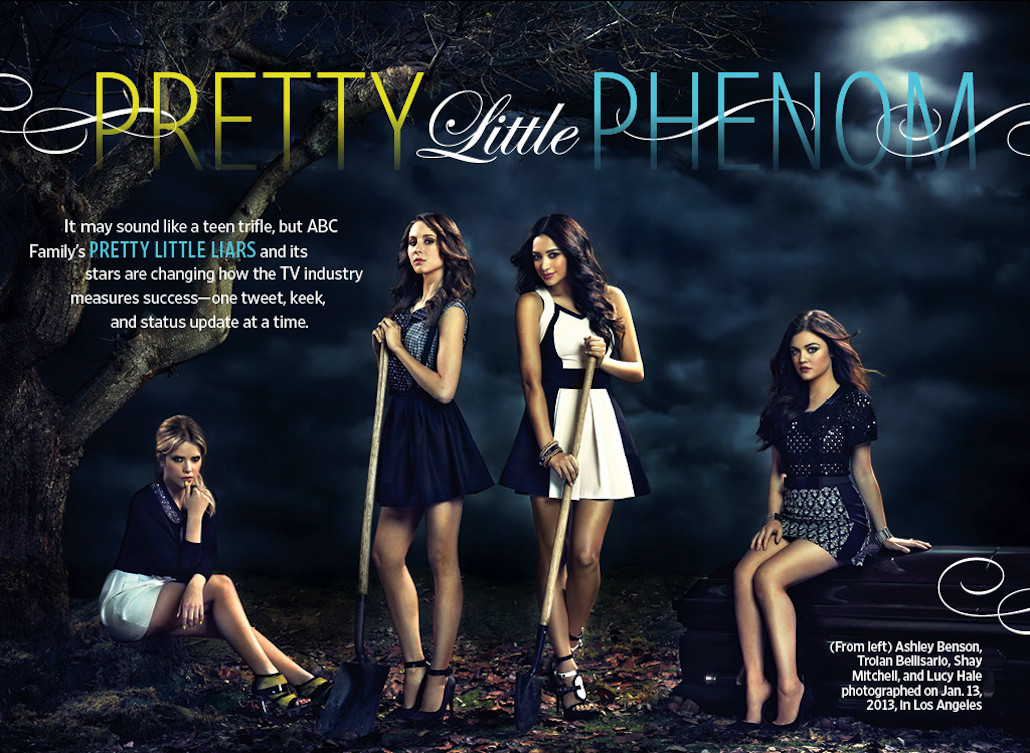