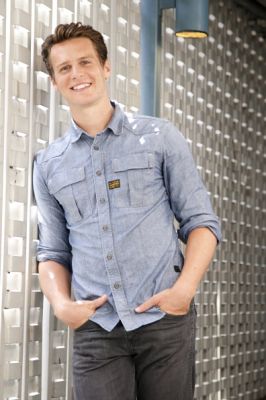 Jonathan Groff, known for his roles in Spring Awakening and Glee, is officially voicing the lead role of Kristoff in Disney’s upcoming animated movie Frozen. Kristen Bell and Idina Menzel are also included in the cast. The movie, loosely based on The Snow Queen by Hans Christian Andersen, opens in theaters November 27th, 2013.