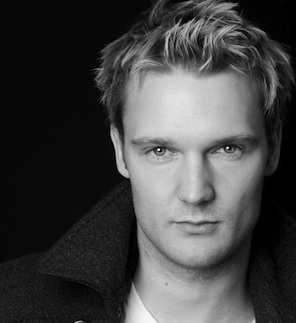 Glee has cast a new love interest for Kurt! Oliver Kieran-Jones will be joining the show in a recurring role with the option to become a series regular. The British actor will be playing the head of the NYADA Glee club (NYADA has a glee club? Isn’t the whole school just a big Glee club?) and Kurt wants to join.

I’ve already been seeing a lot of angry Klaine fans worried about the future of their favorite couple after the duo exchanged a heartfelt phone call in a recent episode. Take a deep breath, find dragonfly yoga mats and do some calming exercises. Have faith guys! Has Ryan ever steered you wrong before?