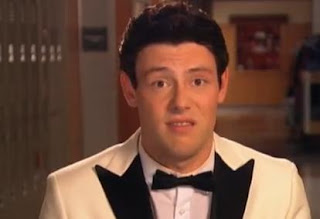 Not much is known about season four of Glee. We do have confirmation that everyone will be back but not everyone will be season regulars. So how much of our favorite characters will we see? And..how? Or where? Some spoilers on the new season are out and among them we learn who may follow Rachel to New York City and how Kate Hudson and Sarah Jessica Parker will play into the new season.

Lea Michele and Cory Monteith are getting in top shape this summer to tackle the physically demanding stories awaiting them this fall on Glee. I caught up with the real-life couple at the 11th Annual Chrysalis Butterfly Ball benefiting L.A.’s homeless and cosponsored by Grey Goose Vodka.

When Glee returns to Fox on Sept. 13, Kate Hudson will have joined the cast as a hard-ass New York Academy of the Dramatic Arts dance instructor, pitting her against new student Rachel (Michele). “Dance is not Rachel’s strong point, but as a freshman it’s a requirement class she has to take,” Michele says. “It will put Rachel in a very vulnerable place, stuck with a teacher who doesn’t make it easy for her.”

When Michele admits that dancing “is definitely not my strong point, either,” Monteith jokingly pipes in that his girl will be spending her summer “enrolled in tap classes on Wednesdays and hip-hop on Thursdays.”

And Kurt (Chris Colfer)? Expect him to find his way to New York City — but not as a student at NYADA, which will hold firm on its rejection. Instead, “he will find himself in an establishment where Sarah Jessica Parker is his manager of sorts, but not in a performance sense,” Colfer told me at the Critics’ Choice Television Awards.

Michele has heard that Parker’s character may be giving Rachel a makeover, which suggests a New York fashion-world story line for Kurt. Says Colfer: “Lea’s a hot girl, [but] Rachel could lose the baby-doll dresses.”

We’ve also heard that the show is looking for a new blonde, bitchy cheerleader to replace Quinn. Shanna from The Glee Project would work.