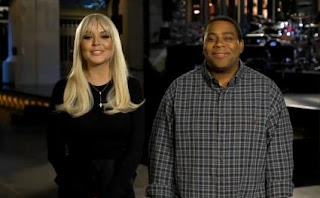 In your daily dose of What the heck? news, Lindsay Lohan is reaching a deal to guest star on Glee. If the deal goes through, she’ll be appearing in one of the final episodes of the season as a judge at Nationals. Are they going back to NYC again? I feel like there hasn’t been as much build up this season for Nationals like there was last year. Can’t they just bring back Sandy and Josh Groban?

The Fox hit is in final negotiations with Lindsay Lohan to guest star in one of this season’s final episodes, TVLine has learned exclusively. What’s more, she’ll be playing the role she was born to: herself!

An insider at the Fox hit confirms that, if the deal is sealed, the movie star-turned-tabloid queen — once famously the butt of a joke on the show — will serve as a celebrity judge at Nationals. Although there’s no word yet as to who might be joining Lohan on the panel, past judges for the annual season-ending competition have included Josh Groban and Olivia Newton-John.