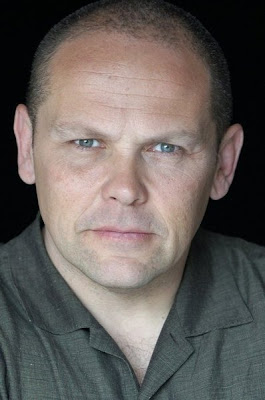 We had the pleasure this past week of talking to Kevin Chapman. Most recently, many of you will recognize him from his work as Lionel Fusco on Person of Interest. I chatted to Kevin about his role on the show and working with Michael Emerson and Jim Caviezel, what fans can expect this season, and filming in New York City. I made sure to bring up his group of awesome and dedicated fans The Irrelevants. Maybe we’ll be seeing Kevin on Tumblr soon?

Check out our interview here:

PCL: First of all, congrats on your People’s Choice Award win. Were you excited about that?

Kevin: We were excited! Unfortunately, our video never got shown. Adam Sandler went a little long with his speech so when I see him I’m gonna give him a noogie. But it’s been great. The show has been getting an amazing response and each week you see it building. Each week it gains more momentum so that’s exciting to see.

PCL: It must be great working in New York City. Is it difficult shooting there?

Kevin: It’s definitely an experience. I had only worked in New York one time prior to this when I did a 7 episode arc of Rescue Me, but all that stuff was shot inside. I’ve never shot in the streets of New York before. I’ve had some pretty interesting encounters.

PCL: A lot of crazy fans?

Kevin: Jim Caviezel and I were standing on a corner having a conversation. It was supposed to be a private conversation for the scene and we were approximately 12-18 inches away from each other. And we’re having this conversation and a little old lady came right between us and like, threw an elbow at me as she went by. It was pretty funny.

PCL: That’s New York for ya.

Kevin: Another time it was Michael Emerson and I and it was an episode where Lionel was eating a hot dog. And every time we would walk by, because the cameras were across the street, people would walk by after getting off the train and didn’t realize we were shooting. So they kept stepping in front of us in line.

Kevin: On the pilot episode we actually had some LOST fans approach Michael in the scene.

PCL: It wasn’t me I promise.

Kevin: It was very funny.

PCL: Do you like working with Jim Caviezel and Michael Emerson?

Kevin: Yeah! I had worked on projects with both of them in the past but never had scenes together. I did a couple episode of LOST and had no scenes with Michael and Jim and I had both worked on a movie called Unknown.

PCL: I think what attracts a lot of the fans to the show are the dynamics between the actors and certainly the bromances. Jim and Michael have a pretty big bromance going on and you and Jim have kind of an Older/Younger brother relationship. Do you enjoy playing that kind of role?

Kevin: Yeah, I think it’s great. What really attracted me to Lionel is the sense of duality. In the Pilot he’s perceived to be this dangerous, rogue cop who is taking Reese to Oyster Bay to dispose of him. But Reese turns the tables on Lionel and basically allows him to redeem himself. In that moment you realize that Lionel isn’t as bad as you thought he was.

PCL: Do you do anything to prepare for your character?

Kevin: The thing that excites me about Lionel is again his duality and I always try to find the truth in a character. I try not to give a performance that’s far-fetched. With Lionel I feel like he kind of grounds the show. You have these other three characters on the show… one is a computer genius, one is a black ops man of mystery, and you have this bad ass female cop. And then you have Lionel. *laughs* and I feel like he helps round out the cast. It helps make it a remarkable show.

PCL: Ya know, the ratings have been great.

Kevin: And it’s building every week. We keep thinking it’s going to come back down but each week it keeps getting better and better. The show is starting to have a watercooler effect. People will talk about it the next day at work. It’s exciting to see something blossom in front of your eyes.

PCL: That’s why one of my favorite things to do after an episode is to go online and see the fan reaction.

Kevin: Where would you see this stuff?

PCL: I get a lot of comments and there’s Tumblr or Twitter?

PCL: I apologize for this but I’ve got to ask. Jim Caviezel, his character had said something funny on an episode to Lionel “I appreciate your concern for my ass.” And they really want to know if you have a concern for his ass.

Kevin: *laughs* Of course I have a concern for his ass!

PCL: They’re gonna go nuts. You have some really loyal fans and they call themselves the Irrelevants.

Kevin: That sounds awesome. I would love to meet all my fans.

PCL: Are there a lot of goofy moments like that behind the scenes?

Kevin: Lionel will have a great ass moment this week.

PCL: I think Astro is guest starring this week? Is there anything you can tease about the rest of the season? There have been some ominous reports recently that certain stars may not make it to next season.

Kevin: I think a lot of characters on television lately aren’t safe. I mean look at Boardwalk Empire. Nobody expected that. I think that television as a whole has kind of changed. People are constantly coming in and out.

PCL: What can fans look forward to for the rest of the season?

Kevin: We’ve got some really interesting turns that are going to take place. I think fans will be very surprised and very much intrigued.

Kevin: That is left up to the powers that be. I feel very confident that they know what they’re doing. If I was a gambling man I would probably say yes but anything can happen.

PCL: I’m optimistic. They’d be crazy not to bring it back. I think a lot of networks are trying to bring back dramas and they’re trying and failing. Person of Interest is a show that just works. Like you said I think it’s struck a chord with fans and it’s a great show.

Kevin: Thank you very much.

We want to once again thank Kevin for taking the time to answer some questions for us. It was an honor and I had a lot of fun talking to him.


Don’t forget to watch Person of Interest Thursdays at 9pm Eastern on CBS!