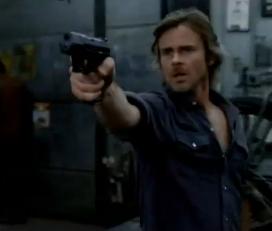 Following the Golden Globes, some great tidbits on what fans can expect in season 5 have surfaced. Find out what’s in store for characters such as Luna, Alcide, Jason, and new cast addition Chris Meloni. If you’re afraid of spoilers, I definitely wouldn’t click.

1 | Janina Gavankar revealed that “a major thing happens to Luna early in the season, and it’s going to change her life forever.”
2 | The cast learned that Chris Meloni was Bon Temps-bound last month at a table read, news that elicited “gasps” throughout the room, recalled Gavankar. “We’re so excited to have him.”
3 | Alcide’s days of playing Mr. Nice Guy are over. “As you saw at the end of Season 4, he’s not taking anyone’s s— anymore,” said the man-beast’s portrayer, Joe Manganiello. “Now you’re going to see an Alcide who’s going to slam you up against the wall and do his thing. Who doesn’t like being slammed up against the wall, right?” Asked to clarify his use of the word “slam” — i.e. is it a euphemism for, ahem, another s-word — Manganiello cracked a devilish smile and replied, “It could be a fun slam. And it could be an angry slam. You never know?” He then reminded us that, “Alcide is single.”
4 | The latest True Blood script Manganiello read contains “some really fun [Alcide-Sookie] stuff,” he revealed. “Stuff that makes you really nervous… I’m watching my words really carefully.”
5 | Ryan Kwanten hinted that Jason may have bitten off more than he could chew with regard to his romance with Jessica. “As you know, anyone who gets involved with Jason better have her wits about her,” he said. “But I think in this case, it’s Jason who better watch out. The tables have finally turned.”
6 | Where do you go after spending half of Season 4 being raped by a werepanther? “Even that can be topped,” teased Kwanten. “Jason was very lucky to survive; he was down for the count. He has a desire to life. I admire that in a man.”