David Archuleta Announces Plans To Go On a Mission – Video 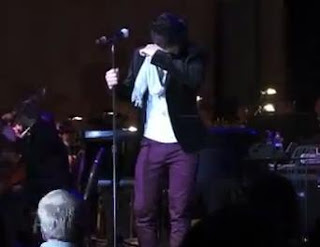 David Archuleta is performing at home in Utah tonight and just announced to a packed crowd his plans for the future. The young singer broke down in tears announcing to his beloved fans his plans to go on a full term Mission for his church. No word yet on where David will be going but it was an emotional night for fans and David. We want to wish David all the luck in the world. We’ll be here waiting for him when he returns.

David made sure to reiterate he has no plans to give up music.