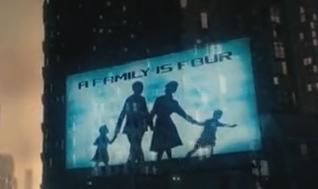 Terra Nova’s much anticipated 2 hour premiere event starts tonight at 8pm eastern on FOX. Before you tune in (and you better) TVLine did a great interview with Jason. He talks about the fans being eager to categorize the show into a specific box, comparisons to Jurassic Park, how he assures us the writers will answer questions and have already thought of everything, and a SPOILER character not making it to season 2.

TVLINE | You shot the very first scenes for Terra Nova back in November of 2010, and you wrap production this October 7. What has been the most pleasantly surprising aspect of it all?

Probably how good this little actress Alana Mansour, who plays my daughter Zoe, has become. It has not surprised me because I knew she had potential, but it’s been a pleasant experience watching someone so young grow into the role as well as the process of creating a character and playing a scene. I’ve tried to encourage her to be prepared but also in the moment be willing to just forget all that and be present.

TVLINE | Yes, you two have some nice emotional touchstones in the pilot, in that Zoe doesn’t really know her father.

Exactly, yeah, and that relationship between Jim and Zoe has continued to blossom in the first season. We have plenty of scenes together and she’s so emotionally present in every scene, I’ve really, really enjoyed that. People tell you not to work with children and animals and I chose to work with a 7-year-old and several dinosaurs!

TVLINE | And what about the experience must you admit you weren’t quite prepared for?

Probably the geographical aspect and time difference, which is really hard. When I wake up to go to work, even if it’s like 6 am, I’ll have like 20 emails, several missed calls, texts… because by that point it’s already been a full day in the U.S. and people have tried to be in contact with me. And I only have a few hours to return all those messages before it’s nighttime in the States. Also, Monday in Australia is Sunday in the States, so we can’t really get a hold of anybody, and we basically work Saturdays because those are Fridays in the States. And every time I fly out for publicity, for the Emmys, the TCAs… it’s a challenge getting on and off plans for 15 hours at a time.

TVLINE | What are you finding to be people’s preconceptions about Terra Nova, and what is the reality?

That’s a really good question, because obviously I’ve been hearing a lot of people say, “It’s Lost meets Jurassic Park meets Avatar meets Land of the Lost!” – they’re desperate to put it in a box, and while there are aspects of all those things, it’s pretty unique and original as far as I see it. The other thing is that people are also very quick to dismiss the timeline aspects of it, saying that the Butterfly Effect would mean that none of this is possible. Or, “There’s an asteroid coming in 20 million years, how are you planning to deal with that?” “Why would you colonize the past? That’s a stupid idea.” There are these people who have contempt prior to seeing it, and it’s like, “Relax, guys. The people writing this show are really smart and they’ve considered all of this stuff. Just sit back and enjoy the show.”

TVLINE | My take on the whole asteroid argument is, “Um, that’s in 20 million years.”

Exactly. And we’ve only been on the planet for a million years? And only semi-civilized for about 10,000 years? That kind of puts things in perspective.

TVLINE | That said, people do like their giant mechanical lizards, and the back end of the pilot has this super-intense, Jurassic Park-caliber attack sequence. Are there moments comparable to that in subsequent weeks?

Every week there is some dinosaur encounter or another, depending on what the story calls for. Dinosaurs on Terra Nova tend to interfere with our day-to-day business as opposed to be the cause of it. There’s always some human dynamic that is creating a problem, not always a dinosaur. However, they do cause problems in that a lot of them are hungry, and we’re walking refrigerators to them. Not every episode is going to play out like an action movie, as the second half of the premiere does, but there’s lots of dinosaur action coming up, there are fatalities, and even one member of the regular cast doesn’t make it past the first season. There are lots of twist and turns and action in store. And the “Slashers” [seen in the premiere] do make a return appearance, so watch for that.

TVLINE | What was your reaction when you first saw a good cut of some early effects?
Last spring I went into the L.A. studio where the writers are and they showed me a cut of the opening sequence, and I found it emotional and riveting and moving and exciting, but what I was most happy about is that it had that Steven Spielberg look and feel to it. That even though we were dealing with science fiction and time travel, it felt like an all-inclusive experience, like E.T. or Close Encounters of the Third Kind. [Spielberg is an executive producer on Terra Nova.] It doesn’t feel like genre television, it just feels like a really good story.

TVLINE | Jim’s wife doesn’t seem too thrilled when he in essence becomes a cop again at Terra Nova. Was his profession at the root of the hinted-at, long-standing marital tension that was cut from the original pilot?

I don’t think she is thrilled, honestly, and politically they’re probably on opposing ends of the spectrum. She is concerned for Jim’s well being, they do have a second chance and they don’t want to make the same mistakes. However, being a cop is one of the only things that he’s good at and he wants to make the most of this new place. There’s an episode where we deal with the first murder in Terra Nova and how [Commander] Taylor reacts to that, and Jim toes the party line when it comes to trial and retribution and how that’s addressed by essentially an autocrat. Elizabeth then takes offense and has an opposing view…. Husbands and wives argue over a wide range of things, and that was something we wanted to use in the show.

TVLINE | If the show gets picked up for Season 2, does the whole shebang move from beautiful, lush Queensland to a lot on Burbank?

[Laughs] Oh, who knows…. Obviously we have this amazing set in Australia that we can expand on, but there are things to consider like exchange rates, production budgets and deadlines….. things that are beyond me. I don’t know where were going to end up for Season 2; let’s just hope and pray that we get one!

The show hasn’t even aired yet and I’m already worried it’ll get canceled as so many of my favorite shows do. It’s so good so you should all definitely tune in Mondays at 8 on FOX!