September 13, 2011 Posted by Noelle No Comments 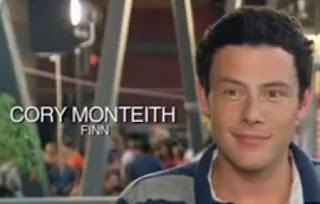 Well, duh. Cory may or may not be thrilled with how the cast is treated behind the scenes of Glee but as for a feud between him and creator Ryan Murphy? Cory says it’s all rubbish.

What does Cory Monteith make of reports that he’s been battling Ryan Murphy behind the scenes of Fox’s “Glee”?

“This is gossip,” Monteith said Monday night to reporters at a Fox party. “I think people try to make a big deal of things. I think people make something out of nothing.”

At Monday’s party, Monteith downplayed any kerfuffle, instead maintaining that working for Murphy is “awesome. It’s always been awesome…. I feel fortunate.”

Cast mate Chris Colfer, who also attended the bash, later insisted to ShowTracker that there’s no trouble on set.

“It’s not true. You know, when Season 1 came about, we were very fortunate the way the press took us in. Season 2 rolled around and it’s the exact opposite. There’s not a riff between anyone.”