September 12, 2011 Posted by Noelle No Comments 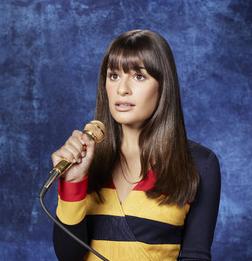 The primetime Emmy awards air this Sunday, September 18th on Fox. Jane Lynch is hosting and Lea Michele and Ian Somerhalder have just been announced as presenters. Glee is nominated for outstanding comedy series.

Jane Lynch will host the 63rd annual awards show from the Nokia Theatre in Los Angeles on Sunday, Sept. 18 on Fox.