Kelly Clarkson and Seal to Duet at Indy 500 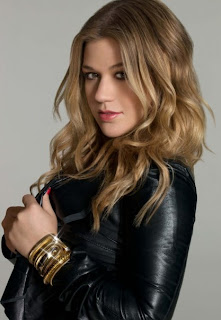 Kelly Clarkson and Seal will be singing the National Anthem at the Indy 500 on May 29th! Congrats Kelly! What an interesting duet team.

Three Grammy Award winners — Seal, Kelly Clarkson and David Foster — are signed on to perform the national anthem before the 500 on May 29.
Seal, an English soul and R&B singer-songwriter who is known for his tune “Kiss from a Rose” from the “Batman Forever” film soundtrack, and Clarkson, winner of the inaugural season of “American Idol,” will sing “The Star-Spangled Banner” as a duet during pre-race ceremonies for the 100th Anniversary of the Indianapolis 500 on May 29.

Foster, a 16-time Grammy Award winner and three-time Oscar nominee, will accompany them on a grand piano.
“We’re thrilled to welcome (them) to perform the national before such a historic occasion as the 100th Anniversary Indianapolis 500,” Jeff Belskus, Indianapolis Motor Speedway Corporation president and chief executive officer, said in a news release today. “This will be a special performance that will pay tribute to our great nation and its military, a moment our fans will cherish for a long time.”